Having a spare couple of days in Asia … After many cold hiking days in Nepal, and in need to charge our batteries, we were looking for a place where it is warm(er), where we can have a good sleep and some different food… Where to do this better than in SINGAPORE!!

The country/state/city which only is independent for 50 years and has the second highest capita gross domestic product in Asia next to Japan … But with the ambition to take its first place! National and international banks are building more skyscrapers than a butchers chops meat. I know that this doesn’t make sense but you get the idea.

It is difficult to describe Singapore.
A mega, brand new city with all the facilities a city could wish for: A well organised in-time subway and bus system, big malls, a business district and hip restaurants & bars, food courts, many parks with modern facilities (drinking fountains, big vents above the sidewalks against the heat, fitness parks for seniors, …), well mannered traffic (a left over from being a British colony so they also drive left in Singapore) and the city is clean, extremely clean!

Did you know?
They call Singapore a fine country because you can have a fine for everything: Speeding, running a red light (duh), but also things like spitting on the ground, eating on public transport, etc. Next to this they have rules and guidelines for everything: “Don’t lean against the metro doors”, “mind the gap”, “take of your backpack on the metro because you can hurt someone”, “don’t eat durians in public places”, and many many more.
But on the other hand: People do all this and everything works fine and smoothly.

And because of its cleanliness, having this ‘new’ feel, having beautiful architectural buildings and all these facilities, you sometimes have the feeling that you are walking in a giant amusement park (or was the contrast with Nepal just too big?!). A city built to wounder and look around and to make you feel comfortable at all times.

So what do we think about it?
Although it felt unreal upon arrival, we kind of liked it in the end. It was the perfect stopover to recharge our batteries and to eat whatever we wanted. Singapore is famous for its food offer. You can eat any type of food at any time of the day: Malay, Japanese, Mexican, Italian, Lebanese, of course Chinese and many more. And that’s what we did.

Singapore has the world’s best rainforest zoo so we checked this out. The Singapore Night Safari was a new experience and fun to do (except for some loud kids and Indian people), but what surprised us even more in Singapore was the MacRitchie Reservoir park: a large rainforest area in the middle of the city. It was very cool to walk around in the jungle and surprisingly we even saw some wildlife: monkeys, lizards and wild boars.

So it was a pleasant green city to walk around and have dinner.

Did you know?
On many of our pictures you can see a grey sky. This is because of the “Haze”, which is air pollution caused by burning land in Indonesia for their palm oil plantations. They burn rainforest to clear land or existing plantations for soil fertilization. This is a yearly recurring problem for the region.

). And to be honest we could have stayed a day longer because we didn’t taste everything on the menu of the many hawker stalls. 😉

But our stay wouldn’t been this comfortable and welcoming if it wasn’t for our hosts Sebastien and Desiree and the nice home they offered… And the airco in the bedroom … and the food … and the beers… and the washing machine … and the shower … and above all: their nice company! 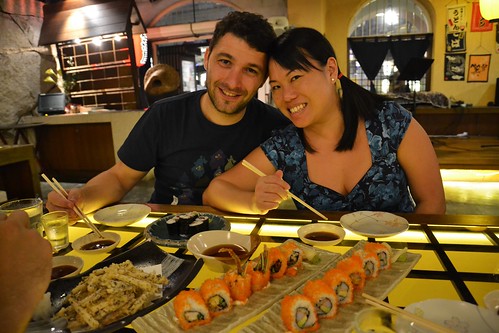 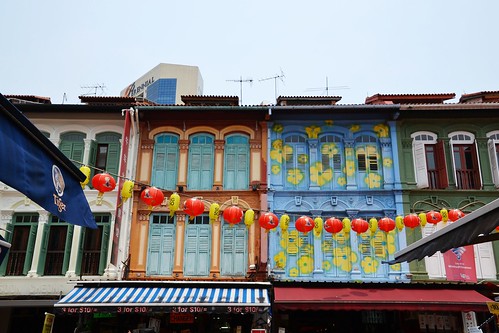 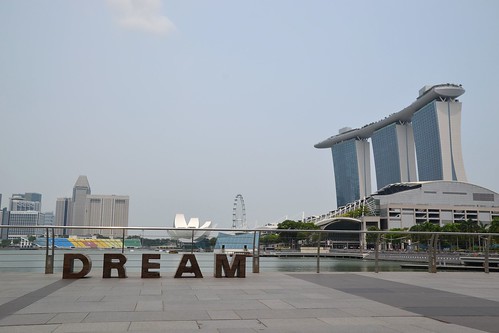 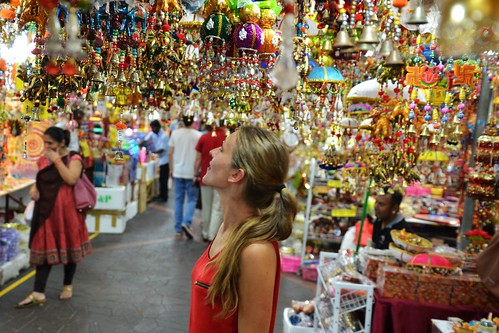 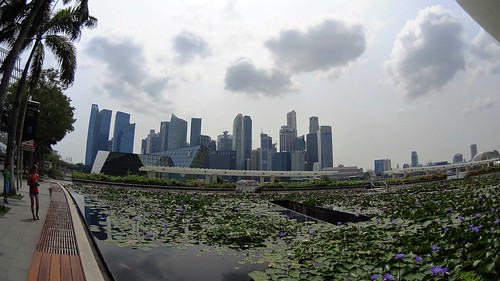 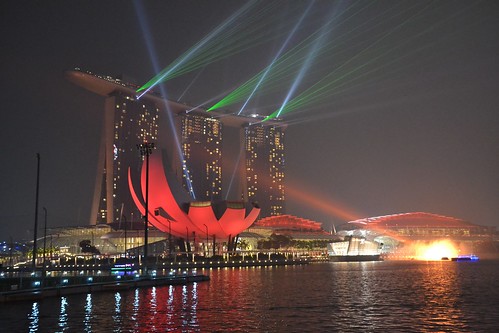 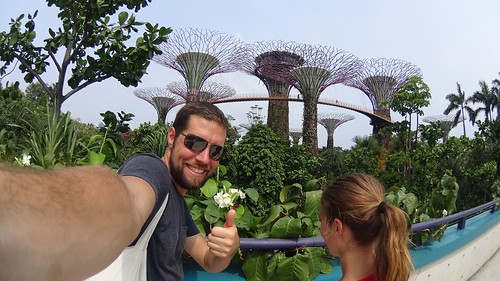 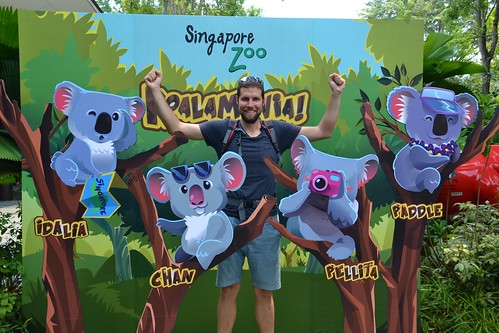 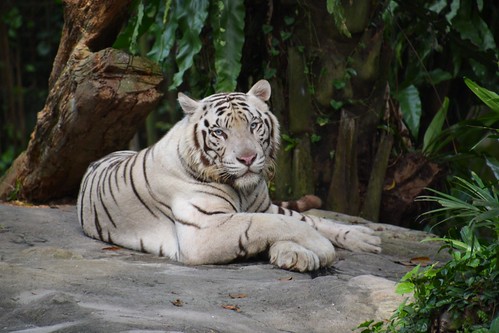 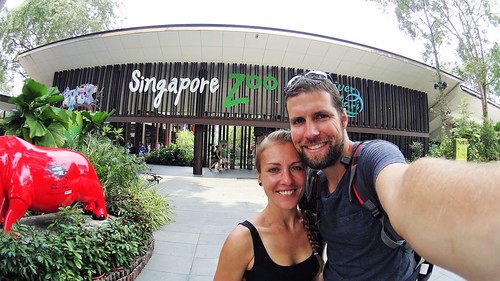 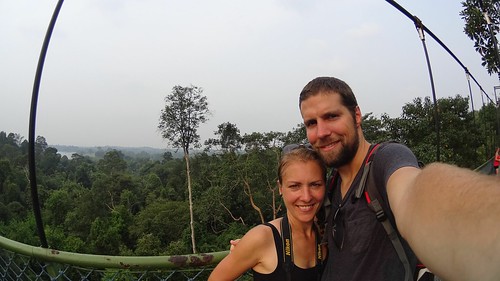 Now off to Vietnam, where we have friends coming over. Looking forward!