In need of a holiday we went to the beach!
Don’t get us wrong, we are on a big trip but felt like we needed some ‘time off’ from running around from one place to the next. The coast of Cambodia was our destination, more specifically: Otres beach in Sihanoukville (less crowded than the main beach).

We arrived there when it was already dark (and raining). First we took the bus from Phnom Penh and then the oddest Tuk Tuk we have seen so far: A car sawn in half, like a pope car but with plastic covers instead of bulletproof glass.

Arriving late we didn’t know what the beach was like until we got up the next morning. And it was nice!
So we filled several days with having a morning swim, breakfast, a pre-lunch swim, lunch, an afternoon swim, dinner. EAT SLEEP SWIM REPEAT! (And 1 morning run for Céline along the coast

It was hot during the day with thunderstorms in the evening. Refreshing, nice to watch and Céline loved it for taking pictures. 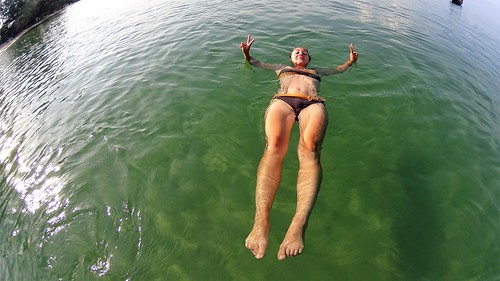 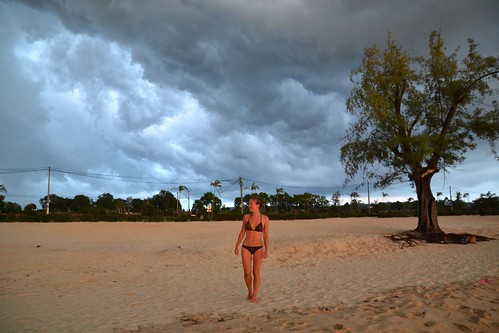 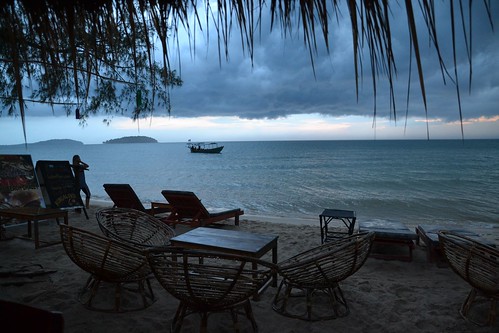 In search for an island getaway, we went to Koh Rong Samloem – an island a 3-hour boat ride away from the coast.
While Otres Beach was nice, this was actually even better! Arriving at the desolate beach – Sunset Beach – we immediately had the feeling of ‘arriving in paradise’. And it really was. Our initial plan of 2 days on the island easily became 4. 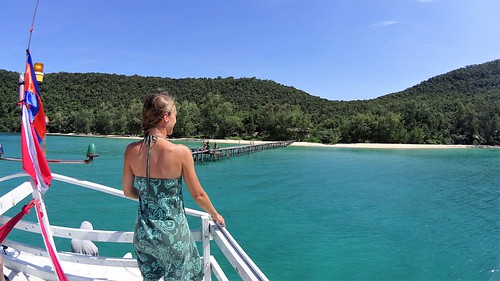 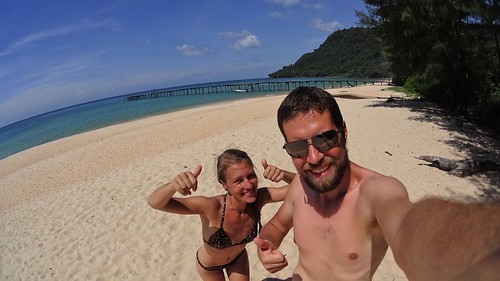 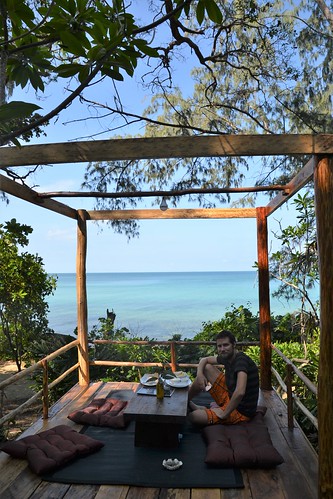 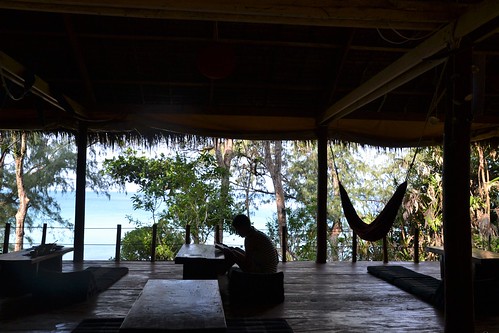 And again: EAT SLEEP SWIM REPEAT
Although we did more here: 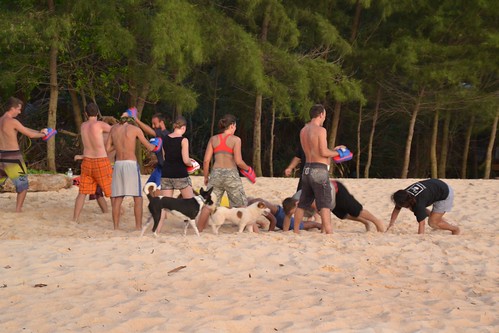 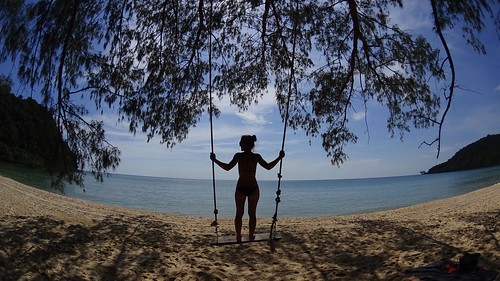 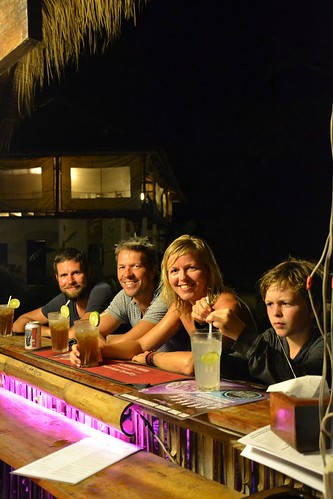 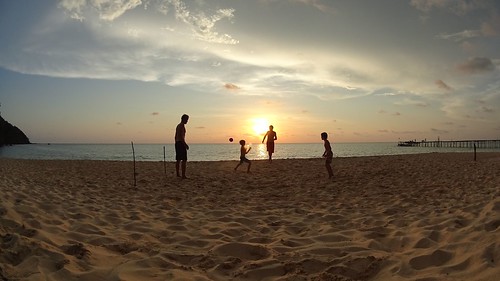 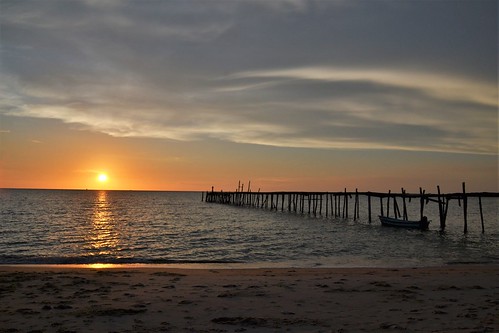 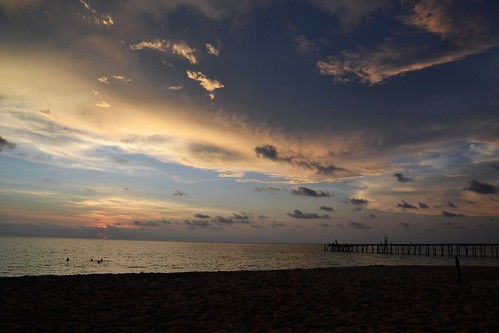 We often said to each other that Cambodia is the perfect country to visit for a 2 or 3 week holiday. They have much to offer – culture (temples around Siem Reap), beach and islands, countryside around the Mekong and the Tonle Sap and Phnom Penh – and is quite well travelable by bus because of acceptable distances.

Oh, last but not least, we also bought the motorcycle in Sihanoukville to travel around Cambodia and Laos (if we can cross the border 😉 ). More on that in the next posts! 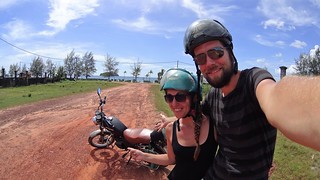 One thought on “Koh Rong Samloem: A holiday in our holiday”